I’m going to try not to talk about politics too much. All the people affected by the furloughs, and the specific parties and individuals who I think are the most worthless beings to breathe on this planet these last couple days.

But seriously. I have a marathon to run.

Monday I began the taper with a day of easy lifting.

Tuesday the boy and I went for a 6-mile recovery run in the dark on our usual up-then-down route. It took a bit to find a rhythm, and I could definitely still feel the 20 in my legs, but by 4 miles in I felt much, much better. Nothing like an easy run to work out the kinks.

I also got to try out my new shoes! Breaking in the Brooks Ghost 6 – and am in love with the smooth, light ride already.

That evening was Pilates, and Sabrina worked a lot of the basics since there were a lot of newbies in the class. Which of course meant it hurt, since we were really focused in on our cores.

Wednesday we ran 5ish easy. Only issue was that I seemed to be having ongoing GI issues this week. Not to get too into “TMI” territory (though among runners, is there such a thing?) but I apparently ate something last week that greatly angered my gut. Took the rest of the week to kick out whatever it was. Not sure what it was that I ate…

Thursday was 8 miles easy, and a little too fast at points. We also had to extend the route a it at the end, which is weird because I’ve run this loop twice before and had it land exactly at 8 miles when I got home, so I don’t know what I could have done differently this time around.

Friday I did nothing… except walk around New York! My mom and I had a girls’ weekend in one of my favorite cities, so instead of an easy 4 (which I ended up not doing at all – see below for more on that) we enjoyed tooling around some of our favorite areas, eating tons of great food, drinking way too much Starbucks, and seeing a couple of my close college friends and one of my younger cousins.

Saturday was long run day, since we had an early checkout Sunday morning. I woke at 6:30 and took the subway to Central Park to do two loops for 12 miles. And oh, what a morning.

It was breezy and cool, and while it had been forecasting showers, I only got a brief sprinkling as I was into the first mile or so of the first loop. I looked up to see if more rain was coming, or if it was just a little cloudburst, and saw this:

As I continued on my run, the rainbow continued to spread across the cloud burst, eventually becoming a double-rainbow. It’s hard to tell in these photos, but it was very bright and distinct. I couldn’t stop staring at it and smiling.

I kept an eye on it as long as I could, losing it as I approached Harlem, though coming down the other side of the loop I could see it still hanging on as the clouds dissipated. I stopped a couple other times to soak in the views, but otherwise kept a really good pace. The run was scheduled to be 8 easy + 4 at marathon pace, but I knew that my giddiness at running in the Park would pretty much mean running at MP the whole time, so I just ran what felt good. 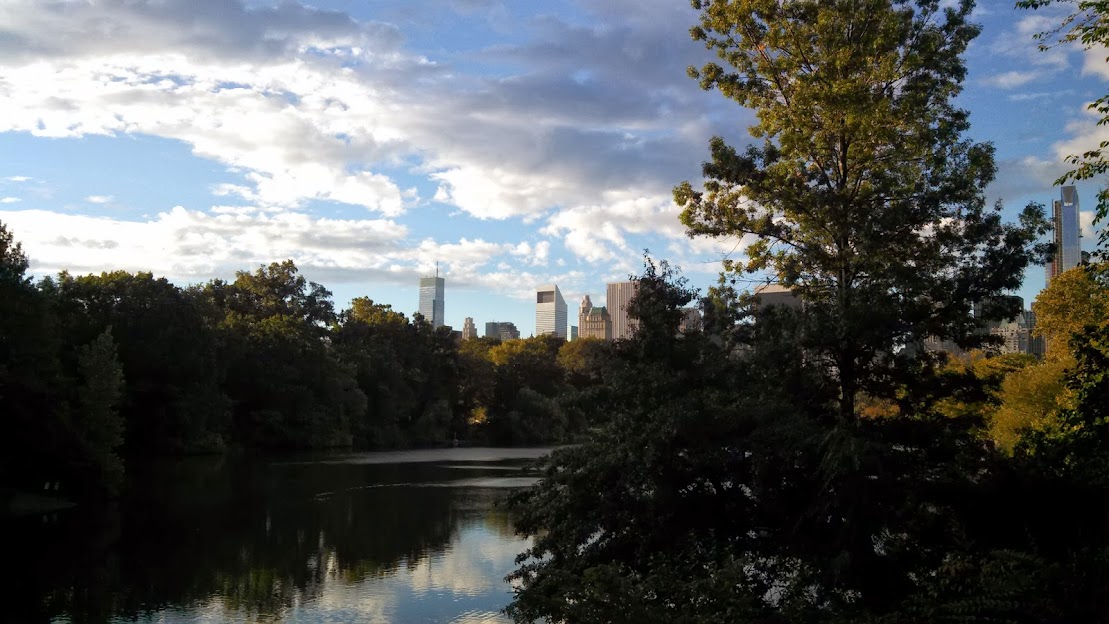 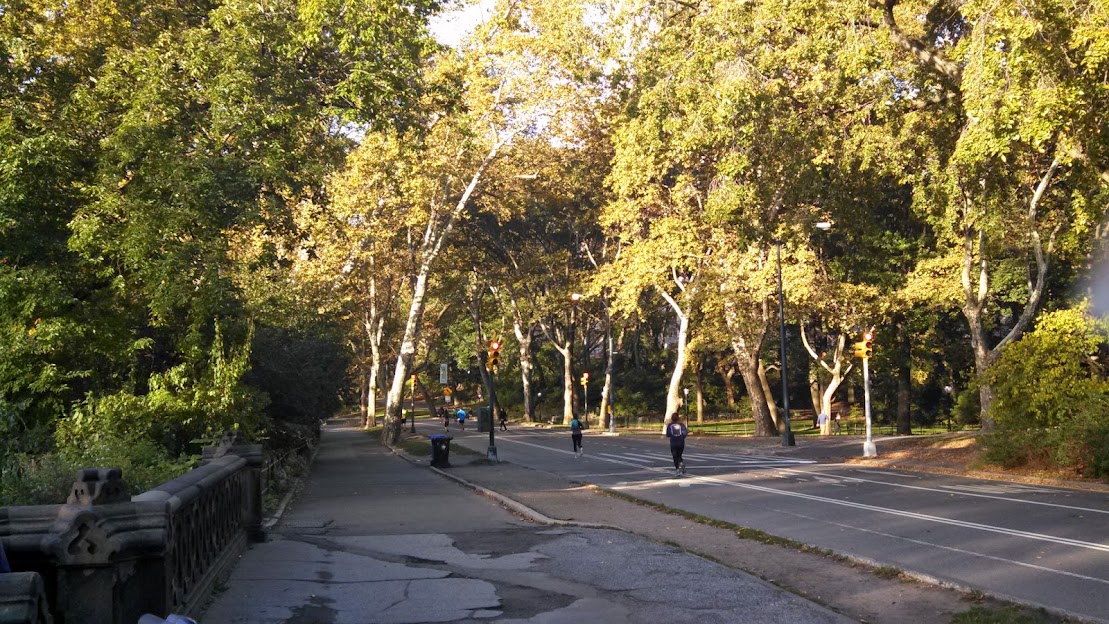 I kicked in the last two miles in 8:09 and 7:40, respectively, averaging 8:32 over the entirety of the run. Beyond the delight of running in New Yrok and the perfect weather, the gentle rolling hills in the Park make for speedy runs, especially on my PIttsburgh-hill-weathered legs. I used to abhor any hill of any kind – now my legs kinda eat these hills up.

Sunday I was going to do my easy 4-miler originally scheduled for Friday, planning to do a little out-and-back down the East River. One Garmin that refused to find satellites, 20 minutes, and one temper tantrum (I’m not proud) later, I gave up and decided all the walking was plenty for my tired legs.

We’re already halfway through week two of the taper, but the marathon has been flashing before my eyes, thanks to politics. I’m not going to say ANYTHING about the current state of negotiations, as nothing makes a marathoner more superstitious than the taper (going outside, turning around three times, and spitting – and cursing – doing everything).

I don’t want to at all minimize the impact of the shutdown on all kinds of people in all kinds of walks of life (to avoid turning my running blog into a political rantfest, I’m not going to try to list any, but trust me – you can find them easily if you read the news). Way more important than me and my silly marathon. But my rage had been growing day-by-day, seeing the vast issues caused by the shutdown, and this was just the cherry on my furious sundae. (but seriously – runners are the shutdown’s hidden victims!)

I took a few minutes yesterday to line up a couple possible alternatives, in particular for that weekend so that I don’t have to 1.) re-taper, or 2.) change my PTO. But hopefully in a few days I’ll be posting again about week 15, and my race plan and goals.